Adi Associates represented Nature Trust (Malta) at the 9th European Ramsar Meeting held in the city of Olomouc in Czechia between 19th and 23rd March 2018. The Ramsar Convention is an international treaty for the conservation and sustainable use of wetlands and the European Ramsar Meeting is a preliminary meeting for European countries held prior to, and to inform, the 13th Meeting of the Conference of the Contracting Parties (COP) to the Ramsar Convention on Wetlands to be held in Dubai in October 2018.

Nature Trust (Malta) presented a poster in relation to its participation in the MedIsWet project and on the captive breeding programme for the reintroduction of Aphanius fasciatus (Maltese Killifish; Bużaqq) at Il-Ballut ta’ Marsaxlokk.

The Olomouc meeting was an opportunity to showcase Nature Trust (Malta)’s work and to network with other NGOs, institutions, and national focal points. Concurrently, it was an opportunity to be part of the formulation of the resolutions to be presented to the 54th Ramsar Standing Committee. 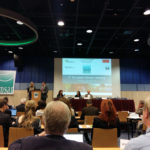 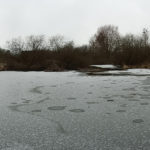 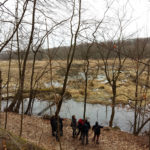