The stakeholder involvement programme for the Natura 2000 project got off to a flying start last week with the first of the stakeholder briefing sessions being held at the MEUSAC premises in Valletta.

Four briefing sessions were held – the first directed at Government entities (ministries, departments and authorities); the second directed at local councils and administrative committees; the third directed at non-governmental organisations (environmental and other interest NGOs); and the fourth directed at national entities and associations, cooperatives, residents associations, and operators of businesses / facilities within or in the vicinity of the Natura 2000 sites.

The sessions were generally well attended, and whilst the intention was primarily to explain the project and to provide some background on Natura 2000 and the Maltese Natura 2000 network, at all sessions there was a healthy debate of the issues considered important by the various stakeholders. The sessions demonstrated that there is a strong and widespread interest in the project, and that the various stakeholders have a clear understanding of how their interests could be affected by the formulation of management plans for Natura 2000 sites.

The level of interest shown by the stakeholders is hopefully a sign of things to come; other briefing sessions are in the pipeline, including sessions to be held in the localities where the Natura 2000 sites are located. Judging by the interest shown in last week’s sessions, and the animated debates witnessed, we can look forward to continued interest from stakeholders, as well as constructive discussion and sharing of view and opinions. 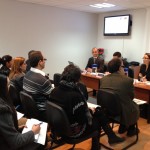 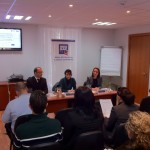 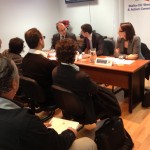 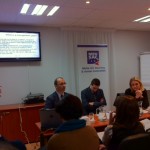